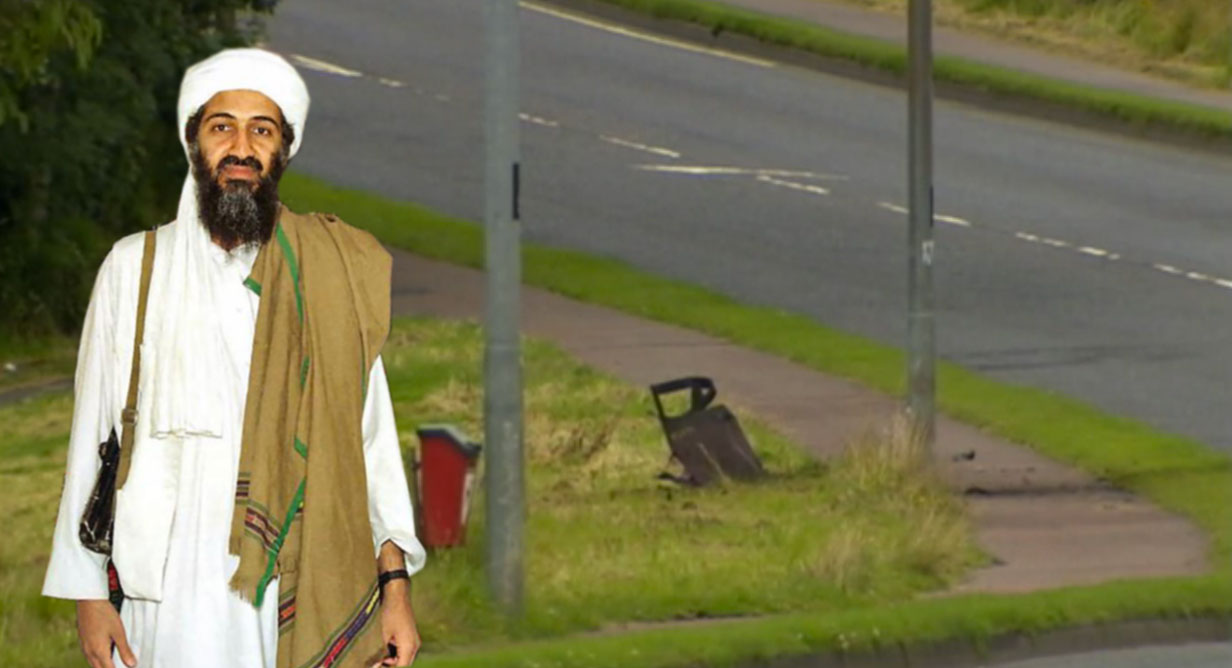 The west-bank of Derry is due to be decimated in a US drone strike later today after US military intelligence picked up PSNI chatter confirming that a “Bin laden with explosives” was the cause of a major terrorism alert in the city.

In an emergency press conference General Lance Boyle told awaiting press, “We thought we’d killed the beardy hoor, but he’s like a bad smell that won’t go away. Kinda like a council bin!”

“Anyway, we’re not taking any chances this time” he continued. “There’ll be no more faffing about with Navy Seal teams, snipers or any of that shite. We’re just gonna carpet bomb thon Derry place to hell and be done with it!”

The news has been condemned by people from across the city, who have lashed out at the inconvenience of being blown up. “I just put a wash out FFS!” said Bogside mother Spraytanya O’Hagan. “I’ll have to take it in again now or it’ll be ruined! Who do they think they are?”.

This was a view shared by Pennyburn housewife, Biddy Linoleum, who was ‘pure raging’ about being vapourised in a tactical airstrike. “Jesus H Christ… first Poundstretchers burns down and now this. This is shite craic.  Do you know what time its supposed to be at? I’ve got a Bootcamp class at half 6!”

Most local politicians are working on a diplomatic resolution to the crisis, except Gregory Campbell, who reportedly spent the afternoon making sure army chiefs definitely had the right coordinates.

However surprisingly many Derry residents have come forward to welcome the news of their imminent destruction. “If it means we don’t have to listen to that f**king helicopter for another night I’m all for it!” said one bleary eyed Galliagh resident.