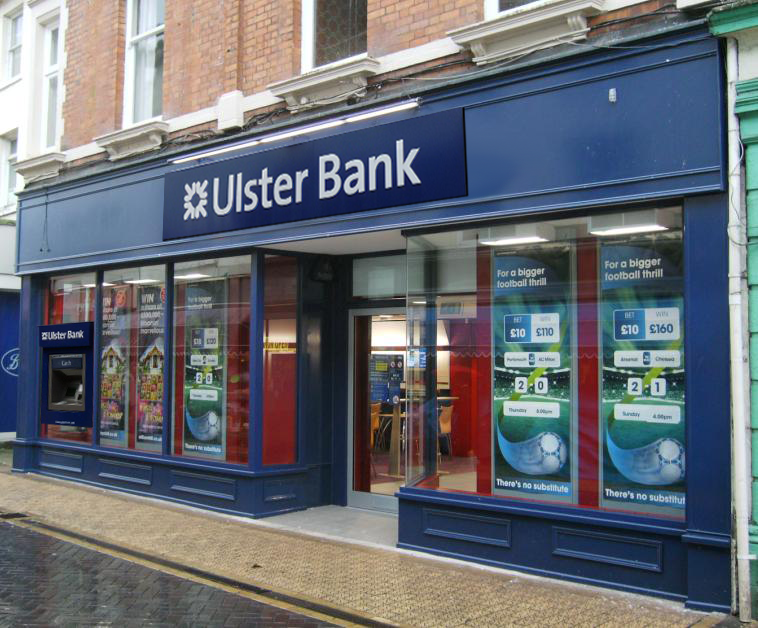 Following yet more technical difficulties of late, Ulster Bank Group  have confirmed that they are set to convert their holdings into a chain of bookies, in an effort to improve the chances of actually making a cash withdrawal at one of their branches.

Ulster Bank, part of the RBS group, have been continually plagued with a string of computer failures for over the last 18 months, leaving customers frustrated at their inability to secure funds, sometimes for weeks on end.

With the pressure on to improve the beleaguered service, the Ulster Bank board last night ratified an emergency action plan to rebrand the bank as a bookmakers, with existing customer account balances automatically brought across as gambling credit on a brand new Ulster Bank betting syndicate, with great odds on all manner of sporting and real life activities.

The new system will thus give customers a more realistic chance of actually withdrawing money from the company long-term.

Cormac McQuintin, a long suffering Ulster Bank customer heard the rumours earlier this week, and has since spent days studying the form guide of many bank machines in the Belfast area.  He has subsequently put a tenner on extremely favourable long odds, in the  high hope of getting an £80 return from the a hole-in-the-wall near City Hall tonight, before taking his missus out for dinner.

“Friends think I’m mad, but I’ve got faith.” revealed Cormac.  “They’ve been offering me lends of money and her Da even offered to pay, but I have to stand on me own two feet, and I think tonight is my night.  A wee tenner on the 7.55pm at Donegall Square East will set me up nicely for the night if it comes in!!”

Insiders at the new Bankmakers revealed that they are planning to go toe-to-toe with Paddy Power, Ladbrokes and the rest, offering excellent competitive odds on local sporting and political events.  Actually accepting bets on the Northern Ireland Football team  winning is rumoured, whilst the odds on Dissident Republicans blowing themselves up through laughable incompetence are excellent.  However our source chuckled at suggestions that they would be accepting bets on the DUP updating their policies beyond 1855, claiming it would be unfair to customers.

The bank refused to make further statement on the matter this morning, but did say there was a 5/1 chance they would release one by the end of the day.