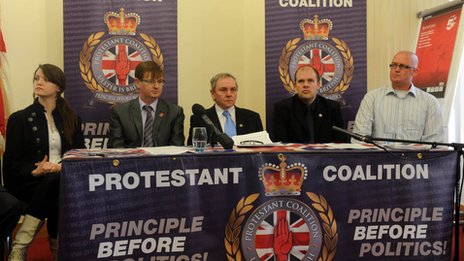 Gay Rights : Northern Ireland Unionists have shown the world that Religion should continue to interfere with Politics, following yesterdays ‘No’ vote to same sex marriage by 50 Unionist MLAs at Stormont.

Chocolate Teapots : Northern Ireland Alliance leader David Ford, and two of his party colleagues, have shown the world that neither Religion or Politics should get in the way of collecting a cushy pay cheque, after abstaining on a vote on same sex marriage.

Next Week : Gardening Advice – Learn how you can plough the same shit using a different shovel!