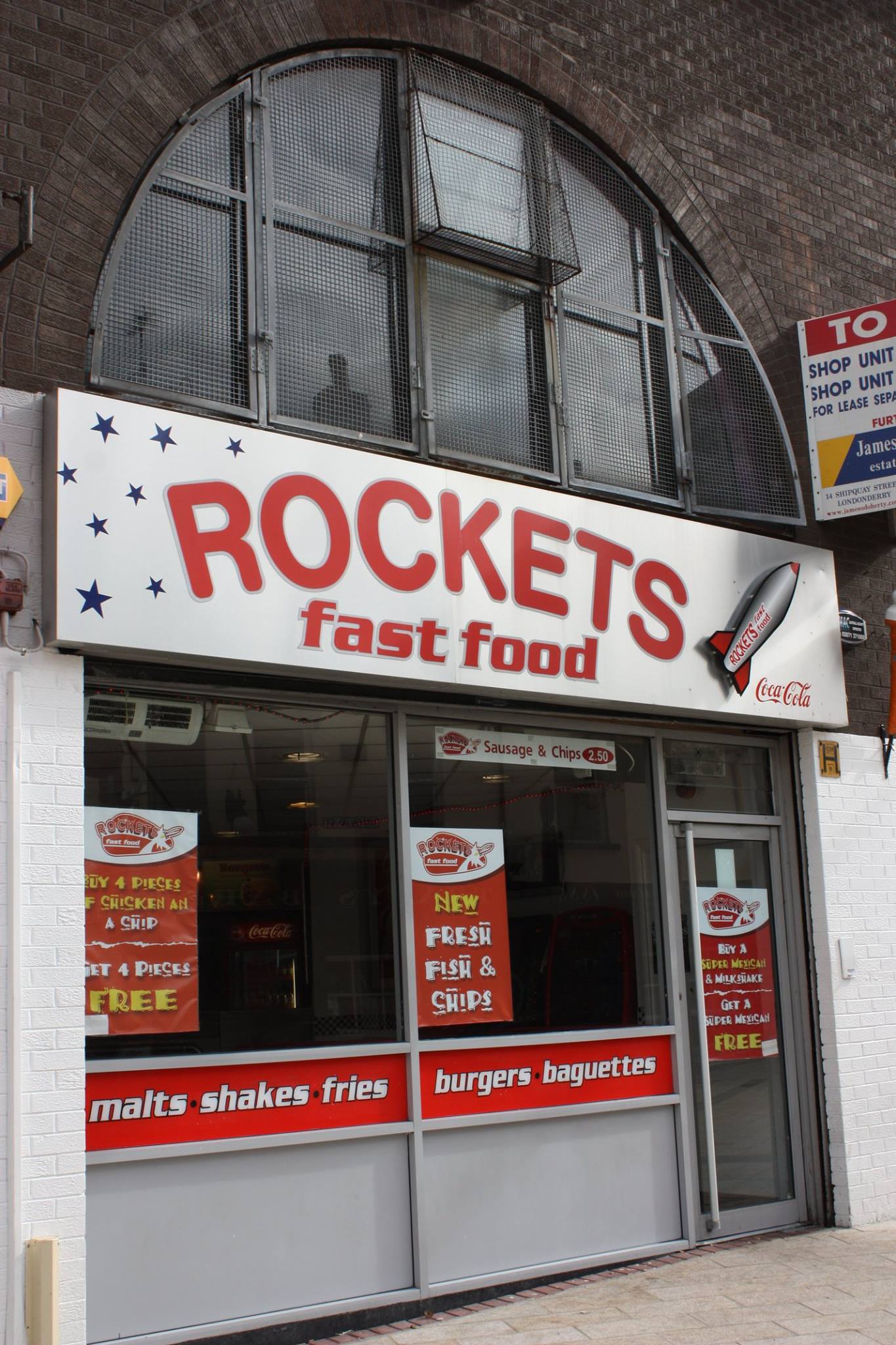 A local fast food outlet was criticised by Sinn Fein today, for continually offering to make Deputy First Minister, Martin McGuinness free delicious fast food. The Sinn Fein supremo, who on his wife’s orders has been watching his waistline, has recently come under attack from Rockets at the bottom of William Street.

PSNI sources revealed that although none of their attempts have hit their target yet, delivery men with Rockets have tried on several occasions to deliver portions of Mexican Spiced Beef, Chicken Taco Boxes and Spicy Chicken Fillet Burgers to McGuinness family home – all of which have been described as ‘absolutely fucking deadly’ by sources in the City Cabs taxi queue.

Locals were shocked by the ferocious generosity of the attacks and hit out at Rockets for putting McGuinness’ willpower under such immediate threat. “It’s just not on. I bet they aren’t brave enough to fire Rockets at me!” snarled brave taxi queue skipper Stagger McGinley.

“But if they are, my home address is 45 Grimmore Drive, Creggan!” he added defiantly.

This is not the first time a local politician has been bombarded by a takeaway of course. The DUP’s Gregory Campbell was famously forced to spend three days holed up in a hotel, after coming under attack by White Chicken Curry Supremacists – following his scathing mocking of the city’s favourite dish in a recent meeting of the Stormont Executive.