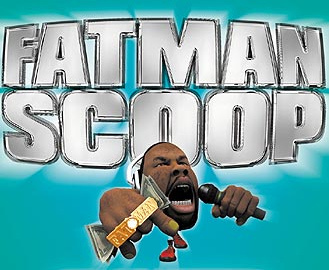 Derry socialites were dealt a shocking blow this week, as the owners of popular nightlife spots the Sweatro Bar and the Sliver Inn, jointly announced that they were considering changing their music playlist in 2014. After 10+ years of classic hits from Nelly, Fatman Scoop, Destiny’s Child, The Blackeyed Peas, Girls Aloud and others, the owners have hinted it’s time for a change.

“It’s time for change” said Sweatro Bar manager Subtle Harkin as he addressed a crowd of 300 strong loud and proud people ‘living for the weekend’ last night. In excitement, the male customers threw their chequed shirts in the air, as the women facebooked the news on their cracked smartphones.

“Pure leful! Canny wait to hear some new tunes hi!” said regular customer Marty McParty, However 31 year old Rosemary Beads was less than impressed telling us “I’m raging, I hate change. Their music always reminds me of the good old days when I used to go out with our Ciara and Sinead”. she lamented, before she resumed dancing with her friends Ciara and Sinead.

The resident DJs of the two venues ‘Shanty DMC’ and ‘Dissident Dave’ were also fearing the change, as they have perfected their playlist over the past decade, deftly mastering the art of pressing ‘next track’ through years of dedication to their profession. “It will be a challenge, but we are professionals” they told us as they pretended to be busy playing with 125 different controls before pressing ‘next track’ to launch ‘Rock Your Body’ from Justin Timberlake’s 2002 debut album.

As news broke, huge early queues began forming outside the Sweatro, as people scrambled to hear their favourite songs for the last time ever. It is rumoured that tonight’s playlist will now include an extra bonus play of Amy Winehouse’s ‘Valerie’, making it seven in total.