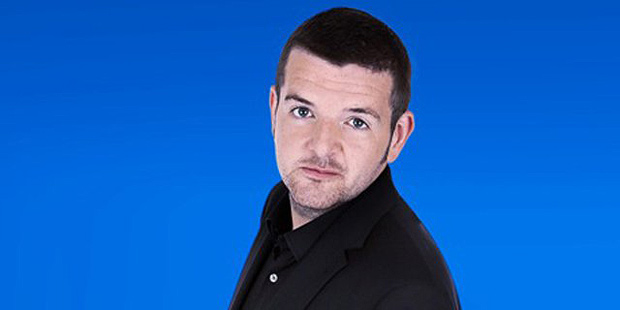 A performance by some of Derry’s finest unknown comedians was tragically cut short last night, after their hilarious set was ruined by award-winning standup, Kevin Bridges.

The group of funny fuckers had been painstakingly preparing for the gig all day yesterday, after local paparazzi spotted them leaving Drinx off-licence at lunchtime with a litre bottle of vodka and 24 cans of Special Brew. It is reported they later took their rehearsals to the Metro Bar, before finally proceeding to the Millennium Forum for the main event.

Local mammy Soapdish Harrigan told us “It totally ruined our night! We’d paid good money to come see thon group of  drunken hecklers, but your man Bridges wouldn’t stop interrupting their indecipherable tirade of abuse with his slick, well-written stand-up routine. I mean like, what the f**k?”

This is a view shared by fellow comedy fan, Fishsticks McCafferty “I bought me daddy tickets for Christmas and was really looking forward to this. We were pure raging when the security staff eventually did their job and escorted those hilariously aggressive drunk people from the premises. They should have least been giving another 20-30 minutes to finish out their set properly!”

A spokesman for Mr Bridges confirmed that the renowned Scottish stand-up had rudely interrupted a comedy performance by some of Derry’s funniest fuckers, and that “if he were a town, he’d be pure ashamed of himself”.

We contacted one the local comedians for a statement but his mammy said he was still in bed and to ‘call back after 3pm maybe’.