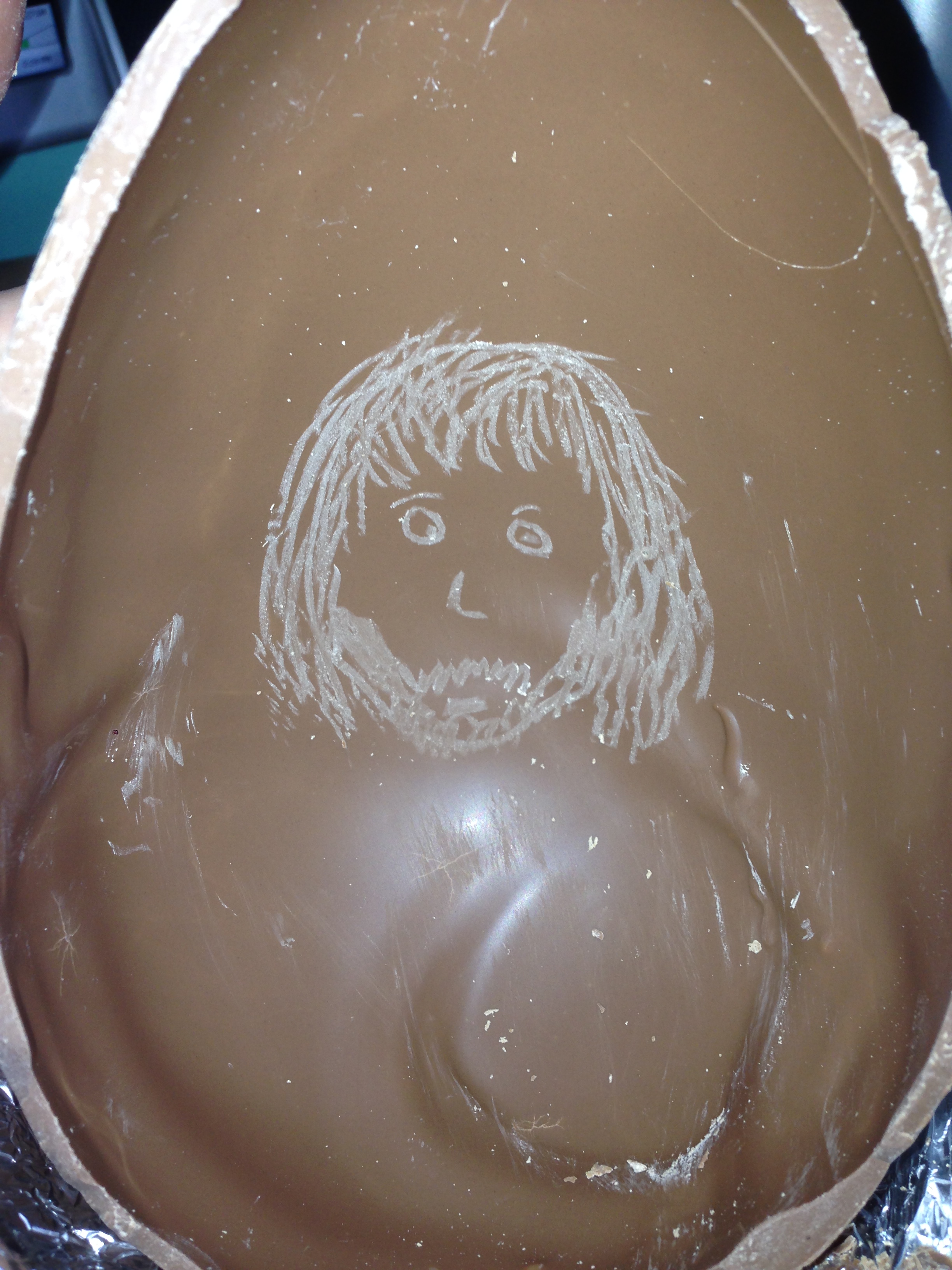 A local man has fainted with fear this morning, after opening his Cadburys Easter egg – to find the face of Jesus miraculously carved on the inside of one of the shells.

45 year old Pogues McGilloway had planned to eat the egg for breakfast today, but was left paralysed with shock after coming face-to-face with the chocolate saviour.

“Jesus Christ I can’t believe this, it’s astonishing. Of all the Easter eggs in the whole world, mine was the one tampered with by the Son of God.” he declared.

Pogues bought the egg on Wednesday at his local Sainsbury’s in a 3 for £10 deal, but recognised it must have been subconscious divine intervention that madehim keep the Jesus clad egg.

“I kept the one that had the least damage to the box and gave the other two away as presents” he revealed. “It was fate!”

The chocolate apparition has caught the ears of the Vatican, who have declared it as true miracle and sign that Jesus is watching. Pope in training Fr Cornelius Froth told PD News –

“Jesus didn’t really have any weaknesses – except for chocolate. He was supposed to stay starving in the desert for 40 days and nights, but he actually happened upon a couple of Easter Eggs on the last day, and he just couldn’t help himself.”

“So technically speaking he did 39 days in the desert, and 1 day on the dessert”

The blessed chocolate egg has now been installed at the local cathedral, in a shrine made of the original tinfoil wrapping paper it came in – with an assortment of Haribo, Skittles and Smarties creating a confectionary base as a form of sugary sacrifice.

The news comes as blow to health fanatics, animal lovers, vegans and diabetics – after decades of Jesus revealing himself in the cross sections of avocados and turnips, slices of bread and even dog’s bums.

Pure Derry reached out to God for a comment, but The Almighty was unavailable as he was locked in a cage match with The Ultimate Warrior.