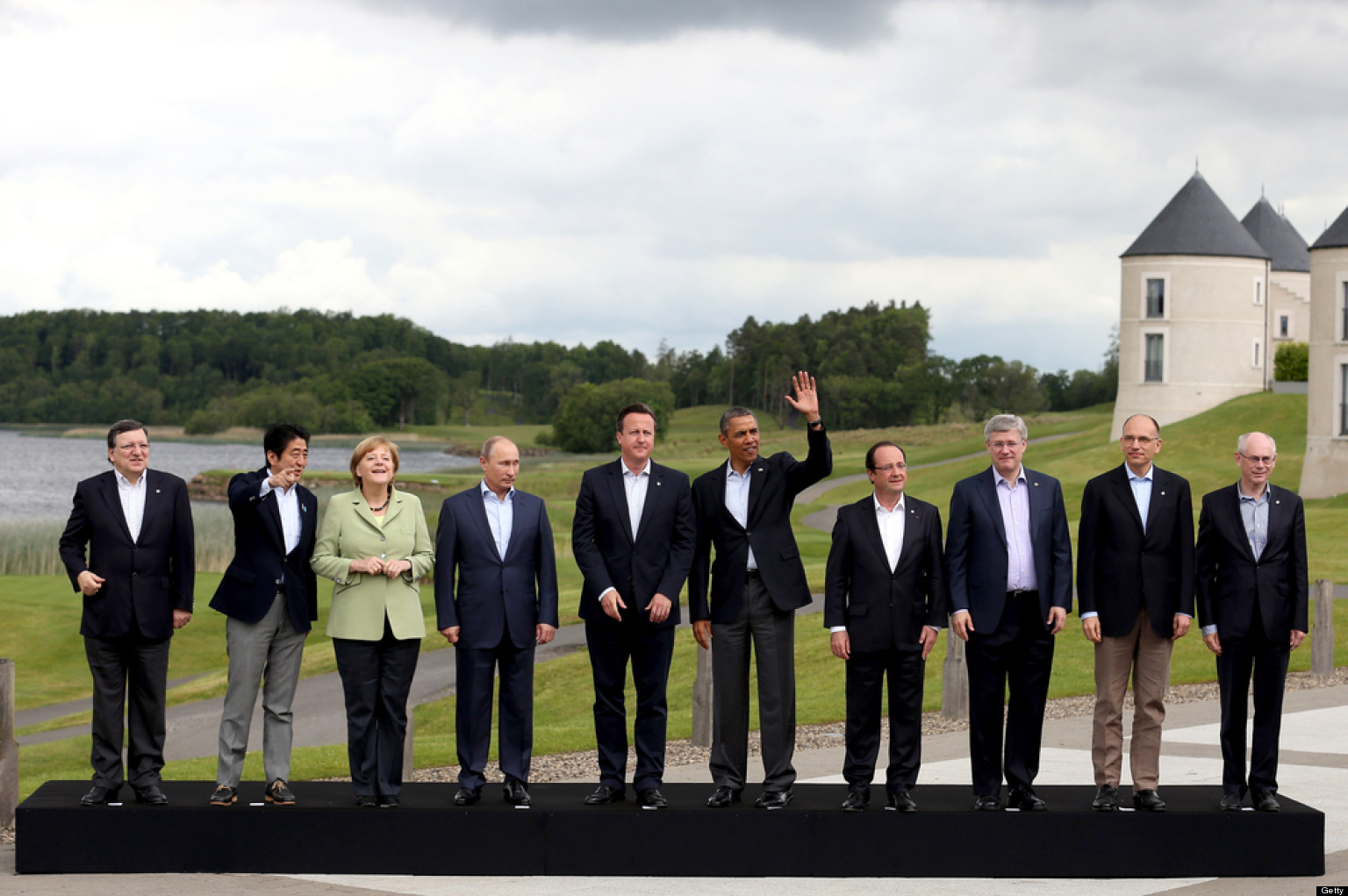 ~ A new chapter in Northern Ireland’s history begins as the province’s roads come to a complete standstill over something to do with politics.

~ Every single police officer in NI posted in Fermanagh leaving local PSNI stations to be manned by alternates and temps. “I assure you we have the situation under control” said Chief Inspector Mr Whippy during an emergency call out to a double homicide in Galliagh.

~ History is made as world leaders descend on Fermanagh for G8 summit. Syria immediately made top of agenda. “Where the hell is that?” asks clueless Derry man on Mark H Durkan’s Facebook page. “LOL” replied the SDLP whizz. “It’s is in Tyrone ya madman!!”

~ Whole of country heartened to be reassured that everyone still loves us, that we have a great sense of humour and scenery is beautiful. Later decide to still get every local reporter to ask anyway, just to be sure.

~ REUTERS report that Russian president Vladimir Putin is so scandalised at the price of a measure of vodka in the luxurious Fermanagh Golf Resort, that he sent two KGB operatives to Tesco in Enniskillen. He reportedly spent the rest of the day pouring measures of Smirnoff under the table, fuelling speculation that he may be planning to get married in Ireland.