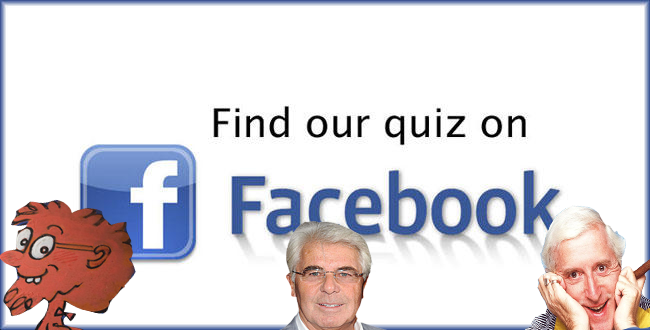 Facebook’s latest ego-boosting ‘theme quiz’ is causing mayhem amongst social media fans this week, as the dark side of people’s blind enthusiasm to fill out any kind of online questionnaire, was brutally exposed.

The release of the ‘Which Famous Paedo Are You?’ quiz left tens of thousands of social media users, across the world, struggling to explain to friends and family, why their FB Wall was suddenly making boastful statements such as ‘Well Done! You are Stuart Hall’ and ‘Wayhey! You are Jimmy Saville!’.

The popular ‘WHICH _ ARE YOU?’ quiz format, covers a wide variety of subjects including, Movie Stars, TV Characters, WKD Flavours, Disney Princesses, Laminate Floor Colours, Android Versions and many more. The medium aims to instil a sense of pride and elite social status amongst social media fans, as they expertly doctor their answers, before boastfully posting the results on their newsfeed.

However, millions of users have fallen foul of their uncontrollable quiz urge this week, as thousands of ‘Yay. You’re Max Clifford’ style updates lead to a wave of fights, arguments and even death threats across the net.

“I didn’t even know what I was filling out if I’m honest” admitted Facebook addict Neville Bastard. “One minute it was ‘Yeooo. You’re Gary Glitter!’, and the next, I’m loosing friends left, right and centre” he moaned.

“Everyone thinks I want to be a famous paedo now!” he lamented. “Which couldn’t be further from the truth. I’d hate to be well known.”

Facebook has reported that un-friending levels have spiked dramatically in the past 3 days, with people being cut from friend-lists at rates not seen since the infamous ‘Bootcamp outbreak’ of 2013.

Despite the social scarring that comes with it though, the quiz is still proving popular across the net, as hapless quiz fans continue to enter their information into it during long bouts of procrastination, still preferring it to actually doing some work.

Rolf Harris has reportedly been constantly logged into Facebook  retaking the quiz in recent days, in an effort to prove his innocence.  The plan is understood to be in doubt though, as he continues to receive ‘Rolf Harris’ as his result.

Mark Zuckerberg was unavailable for comment on the scandal, except a solitary post exclaiming “Yipeee. I’m Ian Watkins.”

A Facebook spokesman quickly released a statement soon after on the embarrassing mishap, assuring people, “No not the one from Steps!”