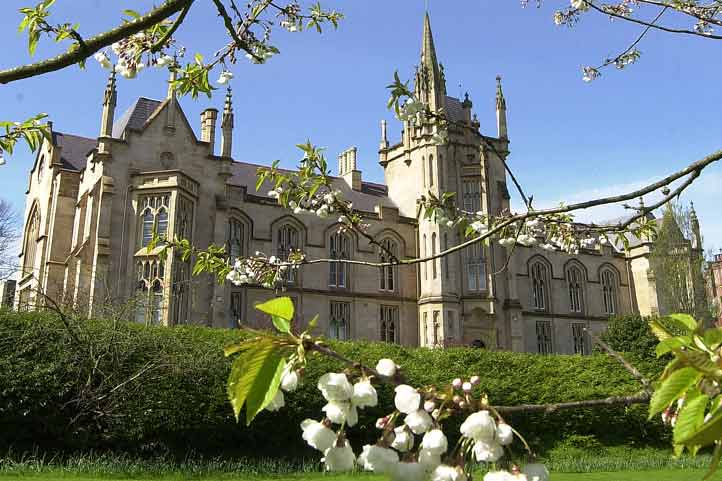 Following a decade of moaning on social media about everything imaginable, including the price of kangaroo burgers at the continental market, not getting tickets for One Big Weekend, and how impossible it is to get a cup of Mocha Frappuccino at 7am on a Sunday morning, Derry’s citizens are finally getting the chance to whinge about a really important topic, that has been annoying the pish out of them for half a century now – and they won’t even need WIFI to do it!

Derry’s lack of a ‘proper’ university has been a HUGE sore point for the entire population of the city for over five decades now. Indeed the injustice is so great, that this historical act of treason is currently 2nd on the ‘Cool stuff Coleraine got before us’ League Table – second only to the 1st placed ‘Jet Centre’.

“It’s a pure disgrace” moaned local man Flapjack McBride. ”Not only did I not get the chance of a decent third level education… but I didn’t even get to go ice skating or play Laser Quest! “Them politicians in Belfast have a lot to answer for!” he added.

Fifty years on and the issue still hasn’t been resolved according to many academics, who maintain that Magee University, one of the smallest campuses on the island of Ireland, is not fit for purpose. “A city the size of Derry needs a campus at least 4-5 times the size of Magee” said the Dean of Magee University, Dean Magee.

“The lack of a proper university infrastructure, and the investment that comes with it, is the major contributing factor for Derry people not having good career prospects over the last few years.”

“Well that and marijuana, probably” he added.

A public meeting is being held in St Columb’s Hall this Thursday 5th March, at 6.30pm, to bring the matter to the full attention of local government. Everyone is invited along to have their say, voice their opinion and/or moan about stuff that could genuinely make a difference.

“It’s free to attend and everyone should come along!” said event host and local journalist Paul McFadden. “But as a former catholic church owned building, we’d merely ask that members of the public don’t swear – as God upstairs doesn’t like it!”

The claim was quickly refuted by Garvan O’Doherty though, who said he ‘fecking swore all the time” and that “everyone was welcome”.

In a late ironic turn of events, all the details for Thursdays event turned up on St Columb’s Hall Facebook page, where it is now expected local people will complain about the issue online anyway – before turning up in person.