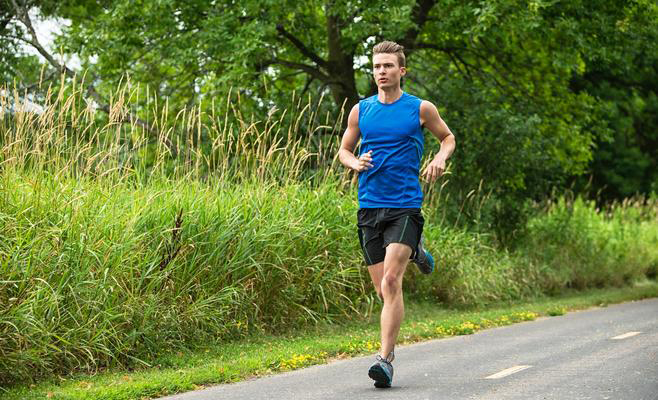 Derry people have been asked to remain vigilant tonight after several shocked motorists reported seeing a deranged person out jogging on their own – with no other people.

“We are not sure what this weirdo is playing at!” said officer Hitec Devlin from Strand Road Police Station, “but we want to speak to them in connection with serious allegations that they’ve broken the law governing outdoor running”

Fitness laws in Derry stipulate that outdoor joggers “must congregate in groups of at least 20+ people”, who must all agree to jog together in a massive group, ensuring getting past them is a serious pain in the hole.

High-vis clothing is ‘recommended’ according to the legislation, however runners can avoid wearing such safety gear provided they only jog on dark nights – and occasionally jump onto the road scaring the shite out of drivers.

“This fella clearly had no regard for Derry’s running traditions” said eye witness Cardiac McLaughlin. “he was just running down the footpath on his own, like a total madman, leaving plenty of room for people with prams and moving out of the way for everyone.  He was obviously on drugs or something!”

Local fitness historian Starjump Donnelly shed some light on the case though. “It’s hard to believe but in the olden days people used to actually run on their own like that” he told us. “Thankfully however with the invention of modern paid running clubs, people no longer have to endure this old fashioned approach of getting fit for free!”

We asked one local running club for a comment however all 217 members were busy running up the quay getting in everyones way.