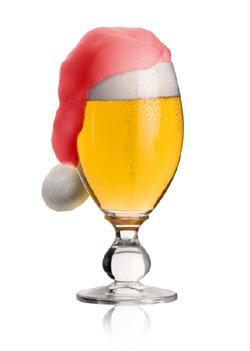 Up to five Derry bar owners have lodged a complaint about a planned Christmas Market beer tent at The Guildhall Square. Five bars in the area, including The Metro, Downey’s Bar, The Monaco, The River Inn and Tracey’s – have all complained that it would affect their own ability to charge grossly inflated prices for alcohol this Christmas.

Downey’s in particular are singled out for our pity in this tragedy, having previously profited from the extremely busy onsite bar at the Clipper event. It thought that the proximity of their own establishment to the Guildhall Square in this instance however means they now 100% dislike outdoor beer tents.

‘We are naturally all for culture coming to Derry!!” said Des Loherty, owner of the Sailing To Seattle pub “… provided of course that it conforms to our own code of conduct to only add value to our bank accounts and not the city itself!”

Mr Loherty said he’d taking the opportunity to further document his thoughts in a brief 4-5 page editorial piece in the next issue of The Derry News.

Owners of bars around Belfast’s City Hall were said to be bemused by the drama, as they have successfully stayed in business for several years alongside their own Christmas Market.

It is thought that the NI Road Service have now been asked to look into improving the time it takes new concepts to travel over the Glenshane to Derry, as the current waiting time of 7-10 years is proving unacceptable.