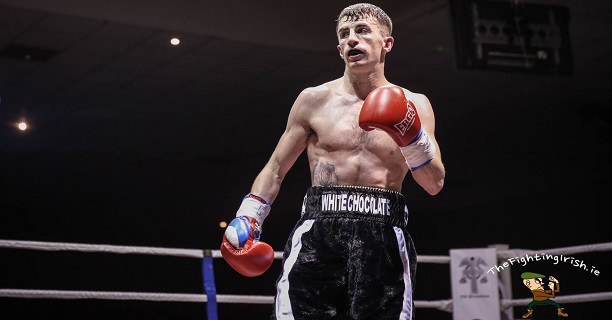 Local sports journalists aren’t sure if they need a shite or a haircut it has been confirmed, after news broke that hundreds of Derry folk are currently en-route to Belfast to cheer on Tyrone.

Derry people, who normally can’t be arsed with Tyrone, told us today that they “really hope Tyrone wins” and that it would be “great to see Tyrone win it for Derry”.

The confusion centres around the naming of local professional boxer Tyrone McCullagh, who has thrown the traditional county rivalry rulebook out the window by being christened after the area Strabane people come from.

“I normally can’t stand Tyrone” admitted Rosemount boxing fan, Southpaw Hegarty. “But this one is dead on.. cos he’s from Derry!”

“Aye it’s weird as f**k!” admitted fellow fan, Haymaker McLaughlin. “but we’re all gonna be standing up on chairs tonight screaming ‘Come on Tyrone’ and ‘Hit them Tyrone, Hit them’ with pride.”

McCullagh, who is fighting tonight in Belfast’s Europa hotel, is hoping to win his fifth professional fight – a victory which many experts predict could put him on the path to a title shot, having beaten his last four opponents with a decisive KO.

We tried to get an interview with Tyrone before the big event, but were stopped from speaking to him by family members, Fermanagh and Antrim.

“Who gave yees the funny names?” we enquired before leaving.

“Hi, don’t be slabbering about Armagh?” they snapped, before booting us out on our hole.