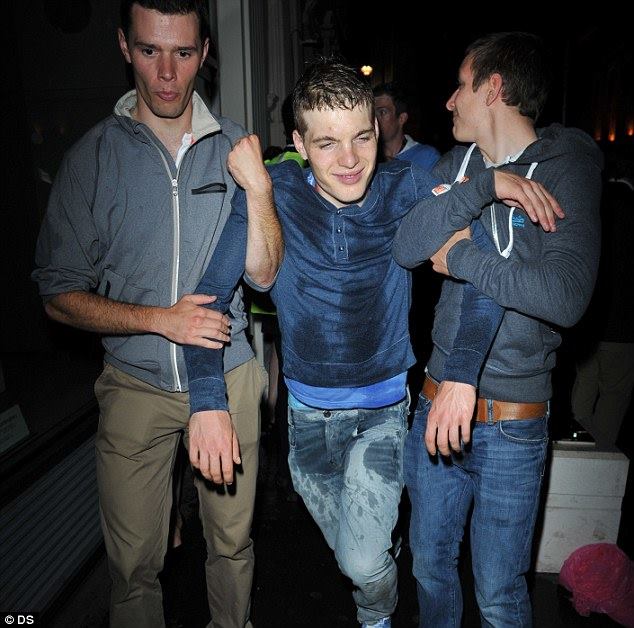 Panicked medical analysts issued a severe health warning today, after an epidemic swept the town this week, in a scare not seen since the ‘swine flu’ and ‘bird flu’ outbreaks of recent years.

Thousands of locals came down with the mystery illness on Tuesday past, whilst out attending New Years Eve parties throughout the city. Although not certain of the exact cause, experts are investigating the possibility that contaminated ice cubes were served in alcoholic drinks. Another theory about infected drinks straws is also being discussed.

The illness spread rapidly through the city, with one sufferer claiming the mystery bug came out of nowhere. “Aye I was out for new years. I only had a couple of dozen drinks lik, and then all of a sudden I started feeling all weird. It was good and all don’t get me wrong, but jees see the next day, I was clean sick hi.”

Even more mysteriously, the freak pandemic was magically cured at various locations around the town, shortly after pubs closed. Whilst the exact cause remains unclear, many have developed various theories on the miraculous cure.

Everyone’s Granny Mary reckons bacon sandwiches are the cause of the remarkable recoveries, pointing to the recent successes of patients who attended the Frankie Ramsey Late-Night Clinic on William Street.

Others meanwhile claim Chinese food is the true antidote, after the Rice Bowl recorded a surge in sales during the outbreak – which they claim helped stem the virus spreading across the town.

Many of these supposed remedies are disputed by some however, with notorious half-sesh Jonjo O’Fensive telling Pure Derry that it’s all nothing but idle speculation.

“I think people were just takin’ the hand out of me. I started getting all these daft suggestions like ones telling me to drink my own piss, or walking home in the rain with no top on trying to flag down a taxi…’

‘Neither of which worked!” added the infuriated local man.

DLA claims rose drastically as a result of the event, and an even greater number of people affected have decided to dedicate themselves to healthy eating, abstinence, and total-sobriety in the name of the “new year, new me” campaign currently sweeping the town. The campaign has weirdly caused both gym memberships and false promises to rise sharply, in a coincidence the town hasn’t seen the like of in exactly 12 months.

In spite of this, 60% of new years resolutions appear to have been broken already, with many residents throwing their weight behind the alternative “Ah fuck it. I’ll start on Monday sure!” movement, that has sprung up in the aftermath of the breakout.