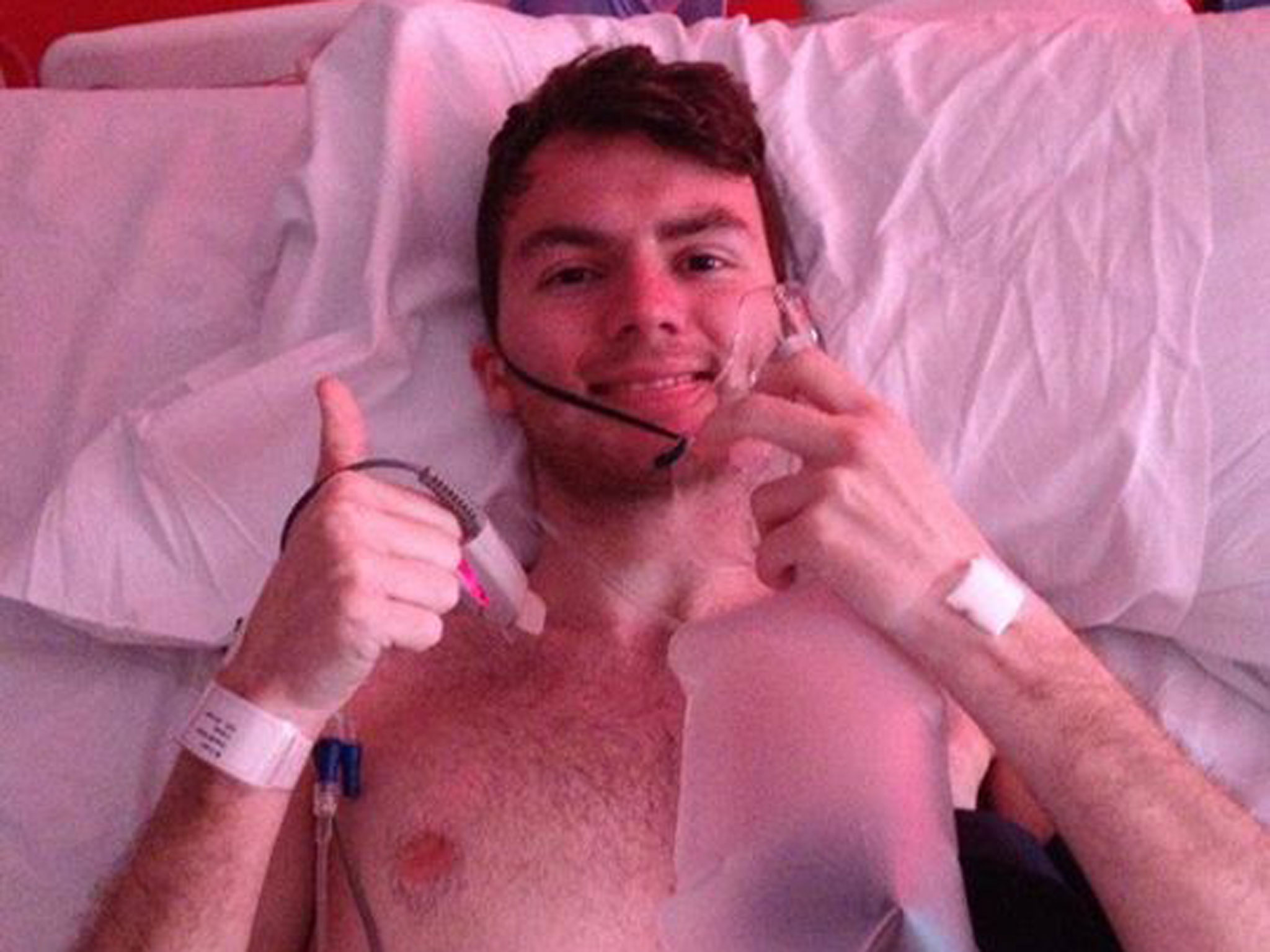 Stephen Sutton, a terminally ill teenager who has famously raised over £3m for a teenage cancer charity, has come under attack from some of his recent donators, after they discovered that he still hasn’t died yet.

Sutton was released to home care this weekend, following a slight improvement in his short-term health, thanks in part to coughing up piece of a deadly tumour. Whilst still terminally ill, without hope of cure, some internet fans see his temporary stay of existence as an insult, especially after they had previously transferred a small percentage of their disposable income, to what they thought was a good cause.

“Is anyone else feeling swindled?” asked Laura Denby from Berkshire on the campaign Facebook page this morning. “I was feeling really good after making a donation, but to hear that he’s now at home enjoying what is remains of his life, surrounded by family and loved ones – I guess I feel kinda feel duped!”

“Yeah, I thought he would have been hooked up to a machine and had some tubes down his throat or something. Maybe even a machine breathing for him” complained 19 year old Karl Hargreaves from East Sussex in reply.

“Can you get refunds from that JustGiving website?” he enquired.

Sutton has become an internet sensation in recent weeks, with his bravery and philosophical outlook on facing a terminal illness inspiring millions and resulting in a host of famous celebrities to rally to his cause. As a result, he’s raised over £3m for the Teenage Cancer Trust.

Paul Bracknell, 34, a professional internet troll and loving father of two, said he thought the whole thing was a ‘well organised racket’ however, and that ‘Well trained Doctors or nurses couldn’t be trusted in this day and age.’

Sutton, to his credit, was quick to reassure fans that he was in fact going to die, sending out a tweet earlier that he still had terminal cancer, thus setting all his donators minds at ease that he would not actually go on to live a long, full life. 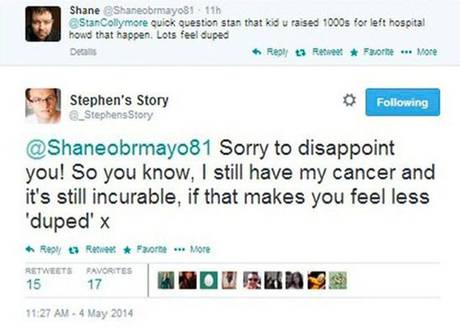 The Teenage Cancer Trust, who have a revolutionary new website that magically accepts money directly over the internet, to help kids with cancer, can be found at www.teenagecancertrust.org.