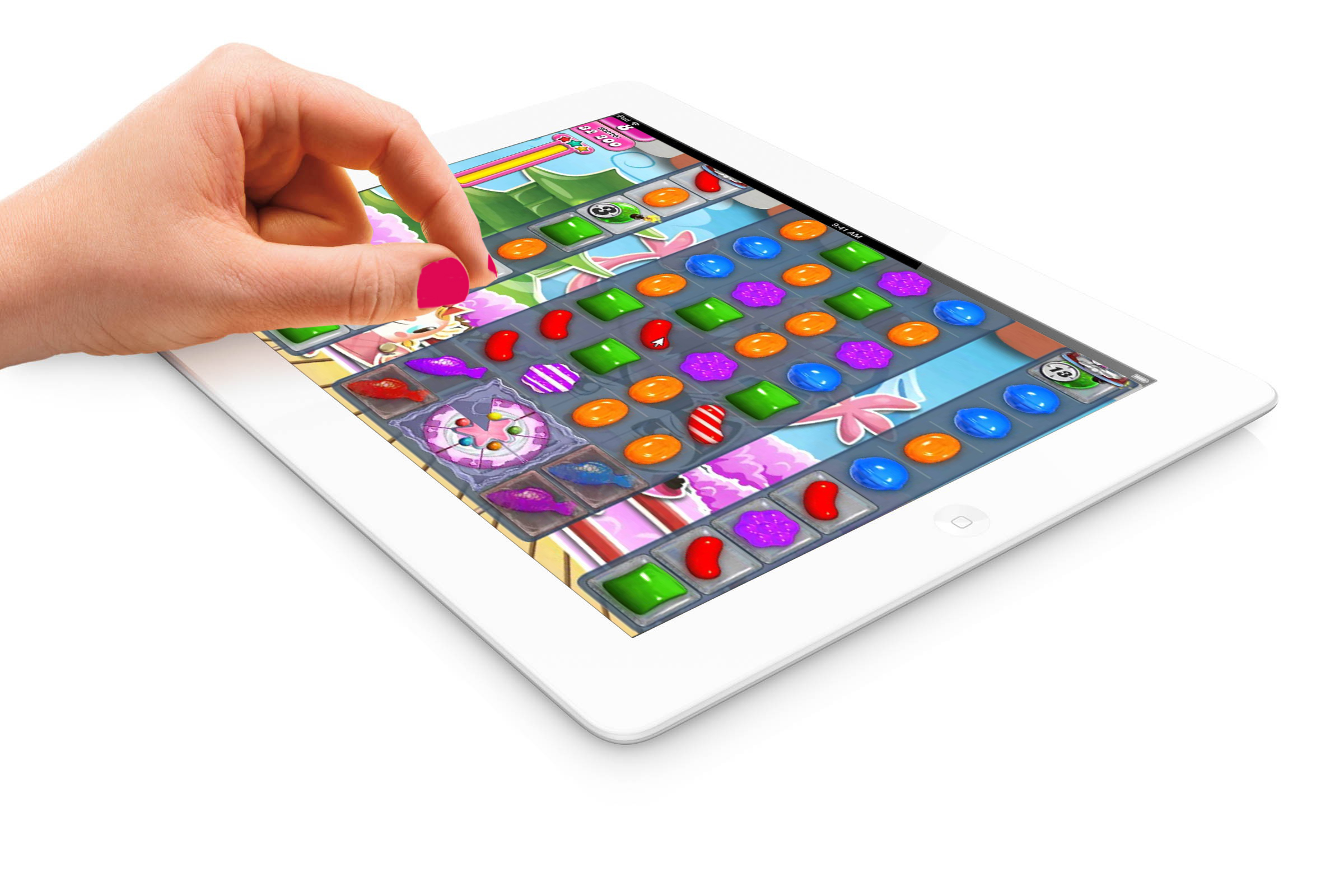 “Ummm hmmmm” agreed concerned mother of 3, Teresa Appfordat, when we asked her whether she thought the kids eating out of the kitchen bin behind her needed a proper meal.

“Sorry, be with you in just one second…” she added.

“Actually, I haven’t really eaten anything…” he mused. “…unless you count that weird blue stuff that was under the sink!”

“Mum, what was that?” he shouted repeatedly with no reply.

Worldwide grocery sales have slumped for the first time in a decade, as the cost of purchasing of extra lives, additional moves and unlocking new zones on the Candy map has taken priority on household budgeting.

“I used to get called ‘Porky’ at school” said 8 year old Tammy O’Rourke. “But thanks to the new ‘fuck-all squared’ meals a day diet plan my mum has me on, I’m no longer getting bullied!” she beamed.

“Although my mum did elbow me in the face last night for licking her iPad” she added wistfully. “Them wee sweets just looked so lovely though!!”

It’s not just kids who have been affected by the epidemic. Men everywhere have noticed a huge decrease in sexual activity, causing scientists to postulate that there will be a massive decline in birth rates in late 2013.

“Ah for fuck sake I haven’t gotten a bit in weeks!” moaned Frisky McCafferty, a 34 year old IT Manager. “I managed to fool her into sex about a month ago by screen printing a Candy Crush puzzle onto a pair of boxer-shorts… but when I tried again a few nights later, she just complained that she’d already completed that level!!”

Employers are now warning female job hunters that competence in online puzzle games should not be added to your CV or Résumé.

“But I’m on level 227 for fuck sake!!!” moaned irate genius Stacy Summers on her unsuccessful application to become an attorney at a distinguished local law firm.

“It’s a disgrace after everything I’ve achieved in my life.” she continued. “I’m going to email the fair employment people and make a complaint!…”

“…Right after I finish this level I’m stuck at!” she added before returning to her phone for several hours.