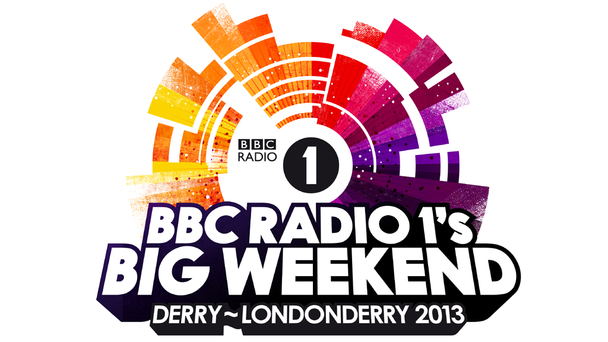 Panic spread across the city this week, following the BBC’s announcement that tickets for the forthcoming Radio 1 Big Weekend, would only be available to households with valid a television licence. It is now widely expect that the BBC will receive around 55,000 applications from local people all claiming to live at the same address.

SPOTTED : Rent-a-rapper WILL.I.A.M, in town to enjoy OBW, seen arguing with a traffic warden on John Street for double parking whilst nipping into Drinx for a C/O. “Wise the bap ballbag” the former Black Eyed Peas frontman was reported to have screamed at the local redcoat. It’s understood the two later patched up their differences and now plan to record a rock-rap collaboration track together in aid of Mr I.A.M’s favourite cause, Bigger Littertrays for Oversized Cats.

APOLOGY : Dizzie Rascal has apologised to fans after one of his backing musicians mistakenly put the three notes in wrong sequence, unwittingly forming a melody. Despite the setback, the singer bravely carried on his performance, whipping the crowd into a frenzy with his acclaimed hit ‘Bonkers’. Mr Rascal famously created the track by selotaping discarded drumloop samples he found in a bin at the back of Noel Edmond’s house.

WHOOPS : A red-faced Rolf Harris argued with BBCR1 organisers last night, following a mistaken double booking seen him turn up to headline Friday night’s OBW celebrations. It is understood that Mr Harris had, as instructed in the incorrectly sent BBC email, had prepared an entire set of dance pop hits including “I Need Your Love”, “Sweet Nothing” and “Bounce” – on his didgeridoo and wobble board. Despite the embarrassing setback, rapper WILL.I.A.M is apparently interested in the material for a new collaboration album.

JAW DROPPING : Dentists across the town have expressed concern at the alarming level of lower overbites in youth across the town. One local orthodontist, who was watching OBW online last night, has urged everyone, especially rows 1-25 of last night’s Calvin Harris concert to contact his surgery for a check-up immediately.

DEAD SOUND : Classically trained musicians ‘The Saturdays’ enjoyed the famous Derry hospitality yesterday and according to people at the concert were ‘actually dead sound’. The rest of the world, watching on TV and online, reportedly enjoyed watching them with their sound actually dead.

TAKE THON : Robbie Williams terrorised patrons at the White Horse Inn last night by turning up at the bar unannounced and hogging the karaoke machine. Manchester born Williams, who wrote several successful songs many years ago during a creative period when someone else wrote all his songs for him, sung his hit ‘Let Me Entertain You’ repeatedly for 2 hours until staff had to ask him to leave for ‘Doing Everyone’s Head In’.

SURPRISE : Festival goers were caught off guard on day two of OBW, when millions of drops of water mysteriously started falling from the sky. Unprepared for this peculiar event, the likes of which Derry has never seen before, hundreds of ticket holders took to Facebook to complain about being ‘wet’.

COSY : Disappointed not to get any tickets last night, scores of local families settled down to watch the One Big Weekend finale by putting on their jammies and preparing to watch the event on TV. They then left the house and headed to The Gasyard, where the concert was broadcast live on the big screen.

SPOTTED : Bruno Mars nursing a hangover whilst ordering the mixed meat grill at Wetherspoons, The Diamond. According to sources he ‘made a quare dig at it’, but seemingly then became distressed by a sachet of sauce he’d fetched from the side board, spending 30 minutes screaming at his entourage “Seriously, what the fuck flavour is ‘Brown’?!!”

DIE HARD : Derry people went back to their lives as normal today, following weeks of intense stressing over One Big Weekend. The Northlands Rehab Centre have setup a special treatment room – aimed at weaning people off Facebook status updates about swapping tickets. “It’s helped me so much already” said one patient we spoke to. “I’m already down to just haggling for bus tickets.”

SICK NOTE : Following days of speculation that she was set to make a guest appearance at OBW, the inclusion of popstar Rihanna was dismissed as another vicious Derry rumour. However PureDerry have learnt that the American singer and forehead model was in fact in Derry, but simply decided to phone in sick on the advice of her new manager Dorts McCafferty, whom she’d reportedly been partying with since Thursday in a flat in Carnhill. Her agent flatly denied the rumours, but went on to ask us where he could get ‘a bag of monkey’.