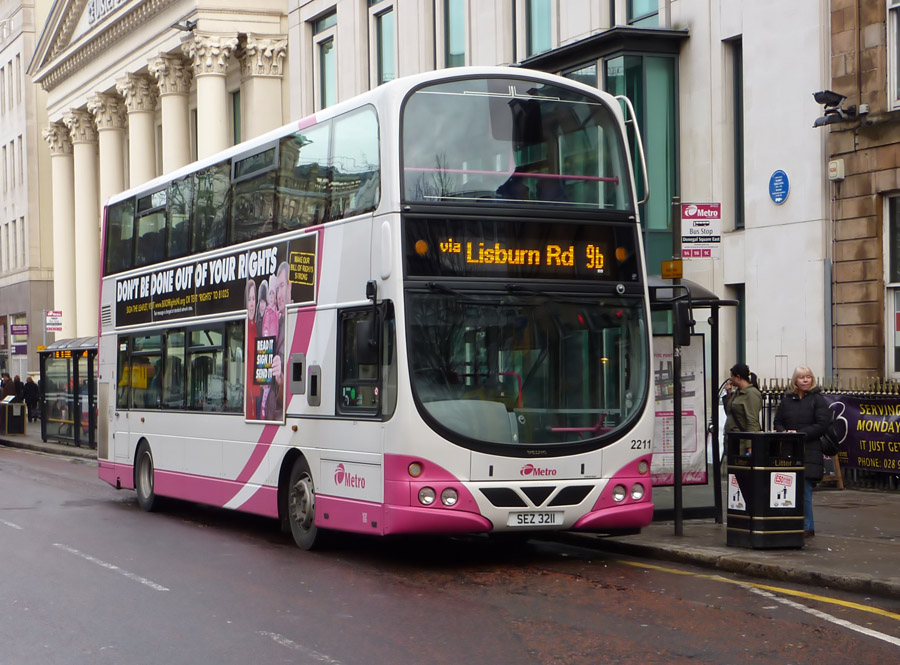 Translink have come under fire from all quarters of the NI community today, after commuters reported that their entire fleet of Belfast Metro buses had been expensively re-branded pink and white, in preparation for the world famous bike race.

Northern Ireland has become awash with pink in recent days, with businesses and communities alike eager to take full advantage of the global marketing potential, of a TV camera beaming a couple of seconds of blurry footage of their street, live across the world, whilst hundreds of sweaty lyrca-clad men on bikes block the view.

Translink’s own opportunistic efforts have been lambasted as a ‘step too far’ though, for using millions of pounds of public money, on what many have described as ‘a hair brained colour scheme’.

Commuters were ‘gobsmacked’ this morning at bus stops across Belfast, to discover that the entire fleet of Metro buses had been re-stickered, top-to-bottom, in the Giro’s trademark pink and white colours, in preparation for cycle race passing through the capital.

“It’s a total disgrace!” moaned regular bus user Ryan Fosythe. “I canny believe they wasted so much money on this rubbish! It’ll be all over next week, and then we’ll be stuck with a load of silly looking girly buses!”

“I canny believe they wasted so much money on this rubbish! It’ll be all over next week, and then we’ll be stuck with a load of silly looking girly buses!”

The move also came under fire from the DUP for being ‘totally outrageous’. However in contrast, they appeared unconcerned by the cost of the recent work, with a party spokesman merely citing his grievances that Belfast’s transport network was now ‘worryingly gay looking’.

A full investigation has since been ordered, and Peter Robinson has personally vowed to boycott taking the 3A past Stormont, until all buses are re-sprayed back to their traditional orange.

Meanwhile in Derry, residents across the city have been united in their confusion about Belfast receiving the Giro for the first time in 2014, as they have been getting theirs every fortnight for years now.