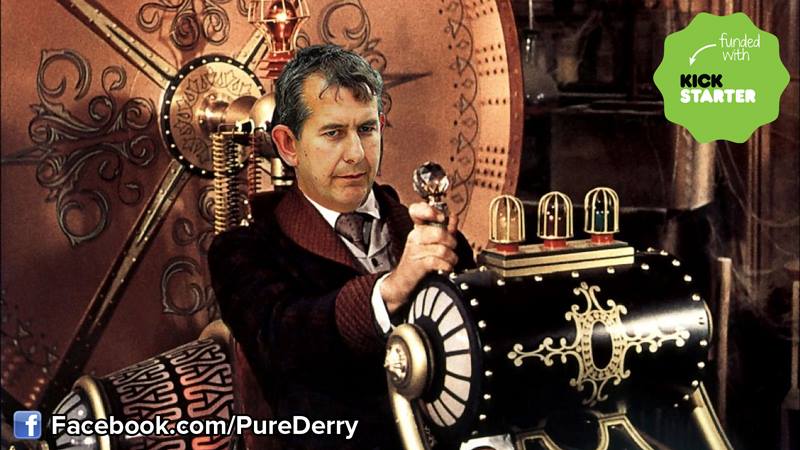 Following today’s lifting of the gay adoption ban, Edwin Poots announced he would step down as N.I Health Minister as soon the public backed his new initiative. Poots wants to travel back in time, preferably to some point in the 18th century, where can live harmoniously alongside people who appreciate and share his morals and beliefs.

He has already launched a Kickstarter Funding Campaign to build a time machine, which raised a staggering £100,000 pounds within an hour of going live. To his surprise, many pledges have come from NI’s gay community – who for some reason seem keen to support his new project.

Soupy Dee Duper from the Rainbow Project in Derry expressed his excitement through the medium of dance telling us, “I just donated 500 pounds to kickstart his ass outta here! Woo!”

When asked by Pure Derry would be not prefer to travel back a few million years, to hang out with fellow dinosaurs, Poots replied “That’s just being silly. My design is perfect and includes a time travel dial which goes all the way back 4000 years – to when time began.”