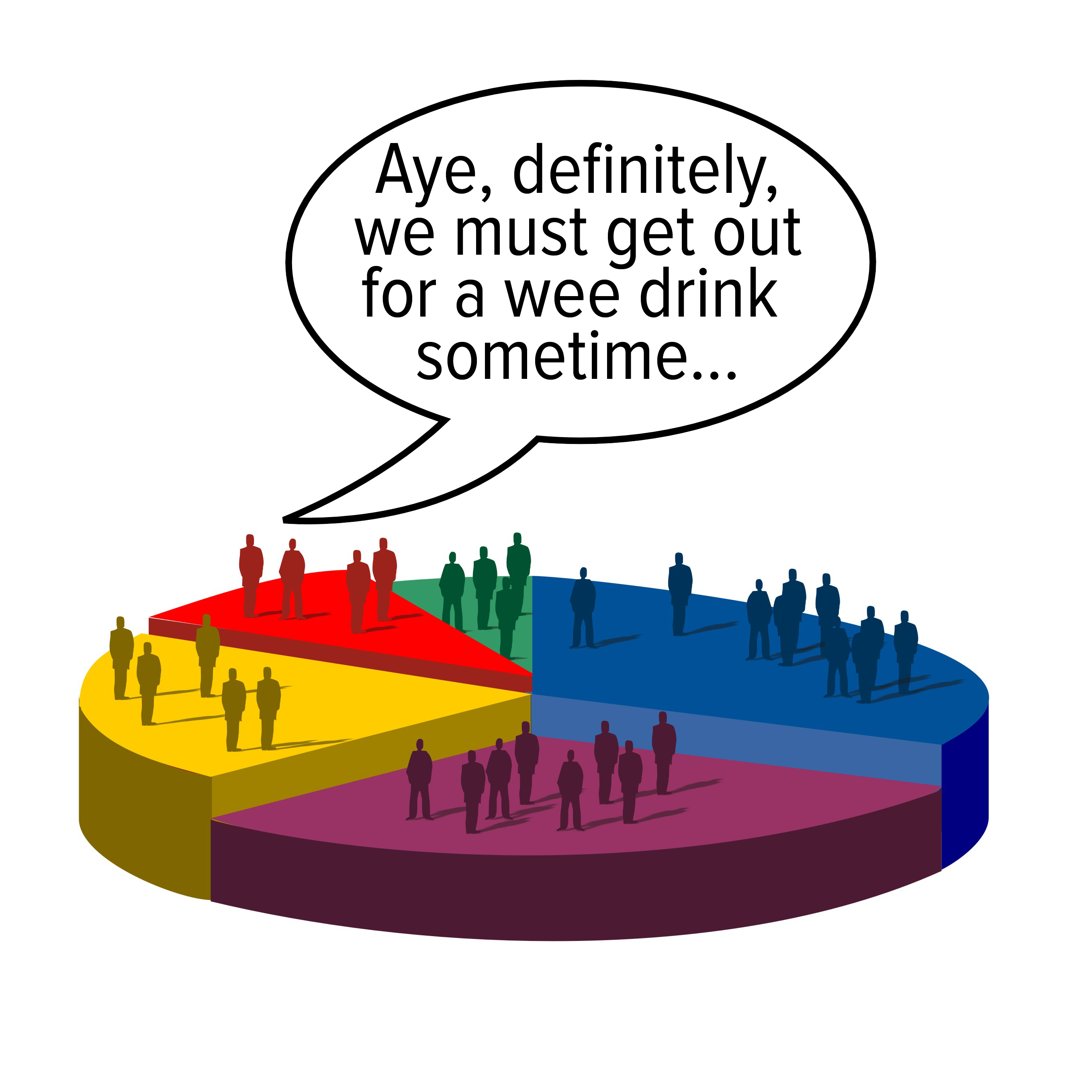 Ulster was depicted as a land of broken promises today, as figures revealed by new research, showed that people across the Province are continually saying things they don’t really mean.

The report claims that in 2013, on over 250,000 separate occasions, conversations between local people resulted in a spontaneous declaration that both parties should ‘grab a wee drink sometime’ without any subsequent purchasing or consumption of alcohol actually happening.

Similar verbal agreements including ‘We must get a wee night out soon.’ and ‘I must get a wee run down to see you’se sometime’ also polled high on the list,  backing up shocking new evidence, that people will say fucking anything to end an awkward conversation.

‘I’m numb.’ said John Dinnerplate, an IT manager from Belfast. ‘I’ve been waiting patiently for Mickey from high school to text about that pint he’s always promised as he’s exited our conversation!’

‘Now I’m supposed to believe he never really meant it?! I feel cheated!’

The research, from the NI Smalltalk Ombudsman, also reveals that every single person working in full-time employment across Northern Ireland was either ‘Just working away, ye know’, ‘Flat out’ or ‘Ach, just keeping the head down’ when engaged in conversation about what they were currently doing with their life, by someone they hadn’t seen in ages.

Taxi men, one of the most popular demographics in the research, indicated that they ‘sometimes wished they had their working hours tattooed on their forehead’, to spare themselves hours of pointless explaining their shift patterns to random strangers.

‘I’m fucking sick of it!’ moaned local cabbie Hashtag McLaughlin. ‘Anytime someone asks me when I’m working til or how busy I am that day, I just interrupt them and tell them about my divorce. As punishment like!”

‘Why what do you normally talk about?’ we asked.

‘Well, I usually still talk about my divorce… but I normally wait until they’ve finished speaking first!’