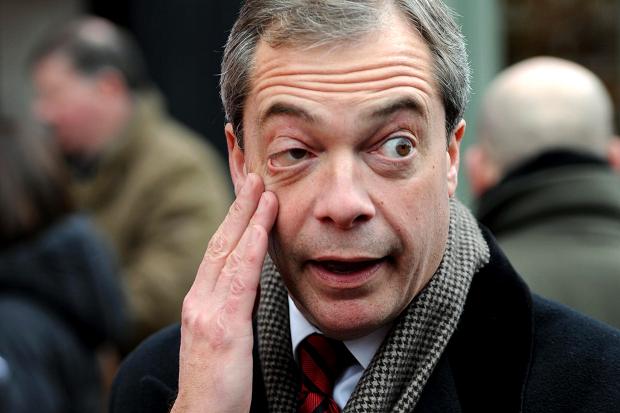 Nigel Farage, leader of the right-wing UK Independent Party (UKIP), was dramatically escorted out of Belfast this afternoon by the PSNI, after members of the local community found out he was actually a foreigner.

Farage travelled to Belfast in an effort promote his right-wing party to Northern Ireland voters. However the move spectacularly backfired, after many of the local electorate turned up at Belfast City Airport this morning, waving hate-filled banners such as ‘Go Back To England Where You Belong’, ‘Foreigners Out’ and ‘Get De Fuck Hi’.

Immigration tensions spread quickly throughout Belfast, as word reached citizens that a foreigner was walking freely amongst the indigenous people of Ulster.  He was eventually asked to leave the famous Crown Bar on Great Victoria Street, after management were made aware of the fact he was actually from a different country and spoke with a funny accent.

Gregory Campbell, a DUP MLA for the Foyle region, said that he supported the move entirely, warning that “foreign politicians coming over here, looking to take our jobs, need think twice in future”.

Farage is currently biding his time at the bar at Belfast International, where, he is understood to be refusing to board either Ryanair or AerLingus flights back to London, preferring to wait for a proper British airline instead.

He is understood on his fifth pint of Guinness.