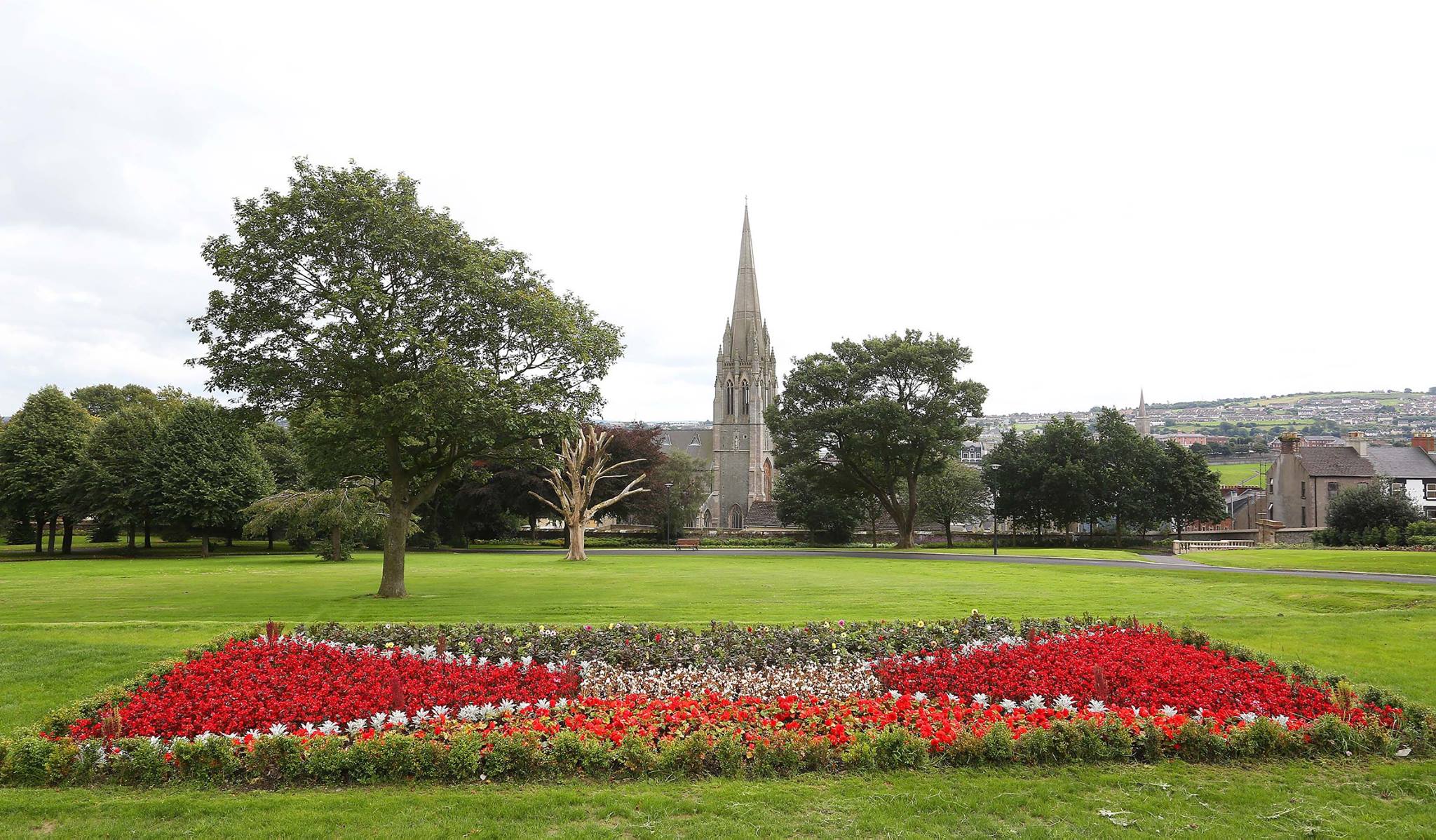 “The new Brooke Park is class!” said an ecstatic Cursillo Doherty, a 34 year old closet atheist who still blesses herself passing the cathedral.

“In the oul days ye had to bring a packet of Bikers and a tin of Boost and sit bored on a park bench fer an hour…. but now they have a swanky cafe and I’m not 12 anymore. It’s a quare job!”

“They should be having communion right about now!” she beamed, as she sank her teeth into a toasted crusty baguette.

Brooke Park reopened again on Friday following a £5.6m redevelopment that took over 18 months to complete and forced local mass dobbers and carry out drinkers to find alternative homes.

“I’ve been heading over to St Columb’s Park in the Waterside since Brookie shut” admitted 32 year old Lazareth Hegarty, “It’s a good place to avoid religion too… but on the downside, there are far more protestants over there!”

Others too have had to find other ways to pass the time. “I’ve been spending my Sunday morning’s driving up and down the Strand Road when mass is on” said 29 year old mass skipper, Genuflect McLaughlin.

“It’s not exactly a religious path to follow admittedly…. but it is holey as fuck!”