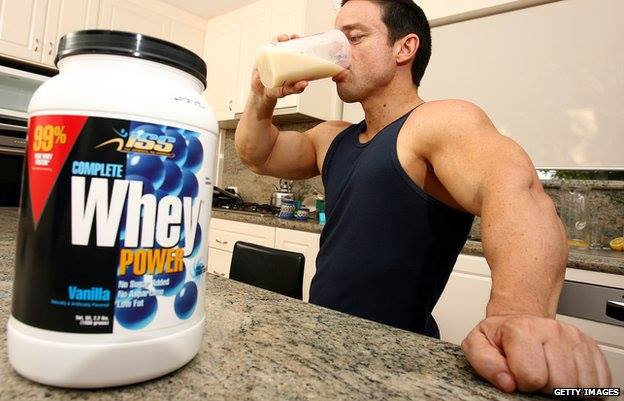 Despite attending the gym regularly and being in pretty good shape, 28 year old Creggan man Triceps McCrossan shocked the city today by announcing that he won’t be competing in a bodybuilding competition this summer.

The bizarre decision sparked panic throughout the city’s fitness industry, which has long benefited from an ancient Derry City Council by-law that requires regular gym members to be photographed flexing their muscles on social media annually, preferably whilst wearing budgie smugglers and dipped in woodstain.

McCrossan’s personal trainer, Latspread Hegarty, is now due to appear before magistrates on Thursday morning, to answer a charge of Gross Motivational Misconduct – with prosecutors looking for a maximum sentence of 200 consecutive burpees to be handed out. However his defence secretly hope to plea-bargain this to just 10 mins planking, without water.

McCrossan acted cagey and suspiciously when we caught up with him, making journalists wait outside his Beechwood home for up to 10 minutes, whilst he apparently ‘ate his dinner’. However no photographic evidence ever surfaced on the internet to suggest he was telling the truth.

“Look, I just like being fit and healthy, without any fuss.” he told awaiting press afterwards, who blankly stared at him whilst he spoke for not making any sense whatsoever.

McCrossan, who claims he goes to the gym most mornings at 7am, was later brought to Strand Road Police Station for questioning about what he ACTUALLY does before work, after PSNI detectives could find no online mention of him attending any gym in the area.