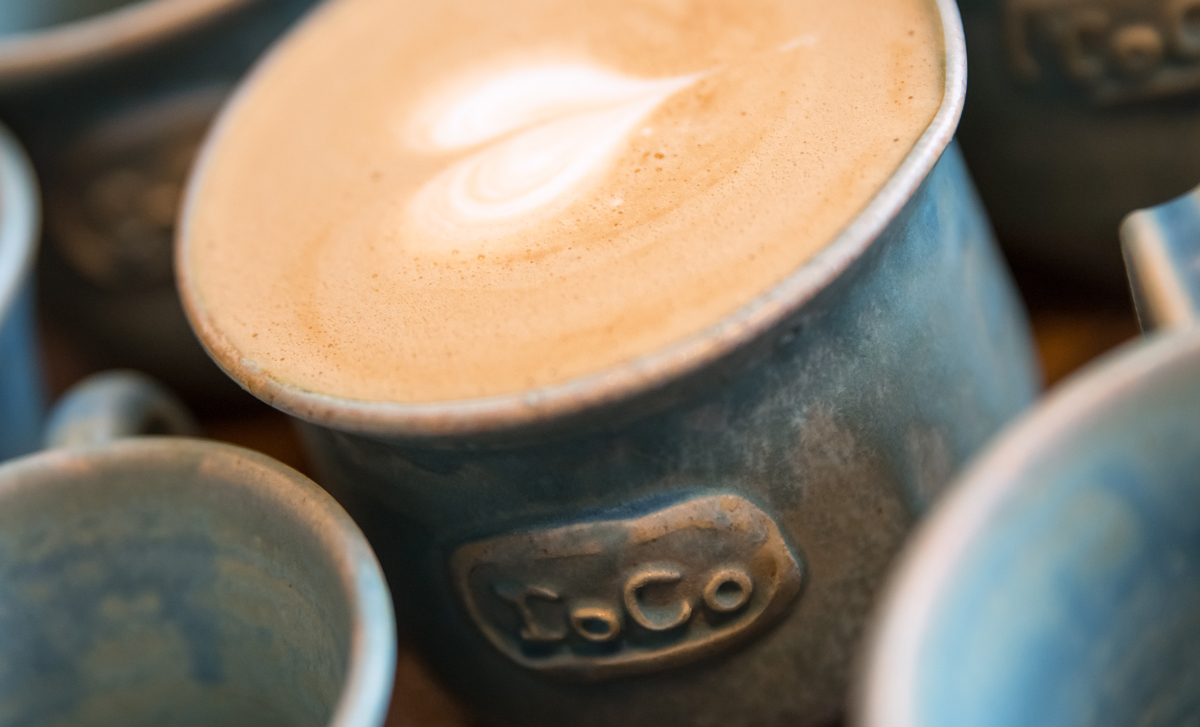 People who love drinking stuff made by someone else in exchange for money were overjoyed this week, after a local hairdressers opened up a coffee shop inside their salon, in a business plan that one bank manager described as “ye wha?”

Trendy mop croppers RoCo started the venture after noticing most of their customers either had, or were going out people with beards – all of whom liked coffee.

“Wans were hanging about our waiting area for hours” said co-owner Ronan Stewart. “So I’d be pure civil and say, ‘Here do ye wanna wee cuppa?’ and everyone would say ‘Aye, gone ahead hi’.”

“I didn’t mind lik. My Ma brought me up wiy manners. But when you are supposed to be doing peoples hair and everyone is doing your head in for a brew, ye know yer onto a winner!”

Ronan and business partner Connor converted half their impressive riverside premises into a public coffee shop, serving some of the swankiest unpronounceable coffee we’d never heard of.

Head barista Andrew explained what made the coffee so special and how came from somewhere foreign. But frankly we got distracted by the snazzy buns and just smiled til he gave over and made us a cup – which was lovely, despite being served in a green crockery-pot on bit of roof slate, or something.

With a beautiful view of the river Foyle when it’s not pishing down, the opulent Roco Brew bar defies Derry cafe culture convention by NOT making it a pain in the hole for customers to plug-in electronic devices.

“Aye we actually put sockets everywhere so customers can like, use electricity and Wi-fi and stuff” said Ronan. “It’s a bit high tech.. but we think people might actually want to use a laptop, have a business meeting or charge their phone.”

His remarks were blasted as “ludicrous” by the Derry Federation of YeOlde Cafes however, who insisted that most Derry wans just want to read a two-day old Derry Journal in silence whilst eating a ham salad bap.

RoCo Brew Bar is open now on the Foyle Quay – not to be confused with the nearby Brew Office, which is closed til Monday.