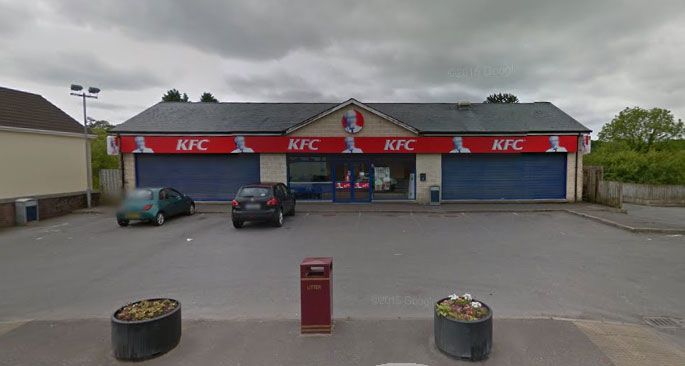 Fast food chain KFC have today denied any political bias in their Derry/Londonderry operations. The statement follows ongoing reports from around the city that their Drumahoe franchise is “far nicer” than their drive-thru on the Strand Road.

“The KFC in Londonderry is literally about ten times nicer than the one in Derry” said Creggan man, Chris P. Wings. “I usually skip mass on Sunday to drive over and get a big feed of thon lovely Protestant chicken.” he revealed. “It’s that nice I even considered converting to Church of Ireland and buying a house over in Drumahoe… but in the end I just couldn’t go through with it.”

“But only cos the house prices were out of my budget” he added.

Most nationalists agreed with the assertions, revealing that they’d be willing to ‘get over’ the city’s much debated ‘London’ prefix if someone would properly invest in a cross-community chicken frying initiative. “I think what this town desperately needs is an exchange programme that will see protestant chicken fryers coming over to the city-side to teach their catholic counterparts the tricks of the trade.”

Sinn Fein’s Martin McGuinness reluctantly agreed. “Hillybillys is tasty, but the Waterside has Country Fried Chicken and a far superior KFC, so lately I’ve started wondering if there are sinister emulsifying agents at work trying to sabotage the food process.”

“I asked Gregory straight” he continued. “I said ‘Look lad, are you’se blocking deliveries of secret spices from crossing the bridge or whats the craic?’ but he denied it. However these are the tough questions you have to ask on the road to a satisfying two-piece.”

KFC again iterated their position on the matter. “We are definitely not taking sides in Derry/Londonderry” said a spokesman.

However everyone in Derry later revealed they would happily take sides and would “love a tub of Londonderry gravy”.