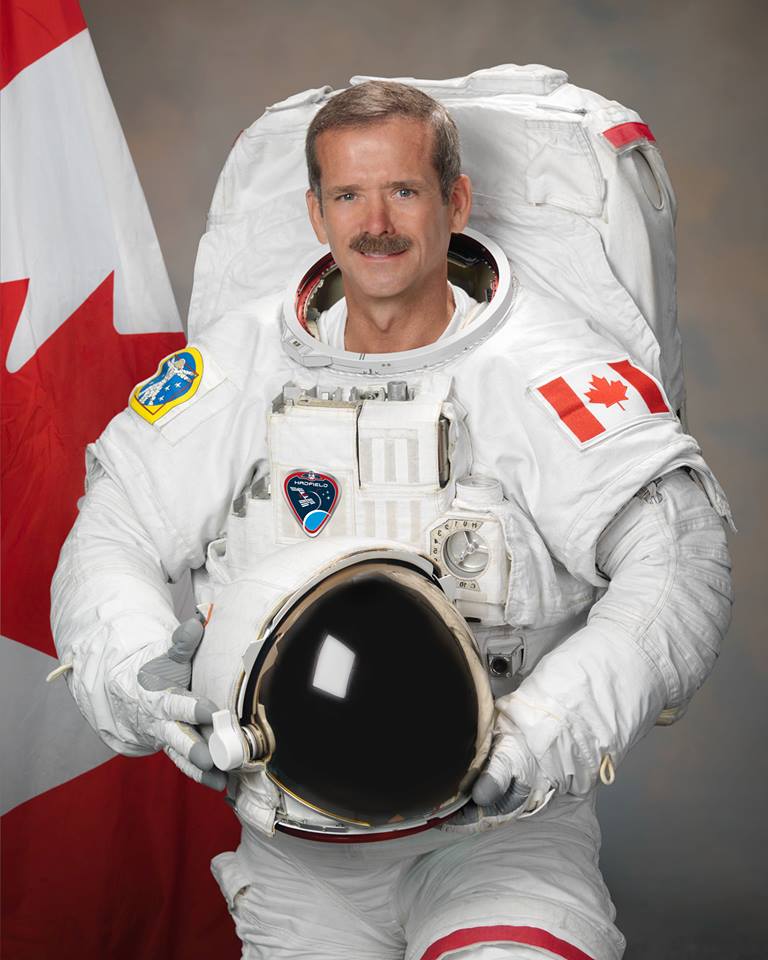 There was a strong turnout for the tweeting spaceman, as a group of science fans, reportedly reaching double figures, stood in line for fifteen minutes to meet their hero. The atmosphere soon began to turn sour however, after one fan accused Chris of ruining his new book, after the astronaut began using a pen to write his name on the inside cover of every copy purchased.

One disgruntled customer told Pure Derry that “It was all going so well until that fella started scribbling graffiti on our books. I mean we paid £15 for it and didn’t have it out the door before it was fuckin ruined!!”

30 year old waterside man, Fiesta Doherty, was today accused of threatening Chris and calling him an “unfunny fucker”, after the astronaut kept a totally straight face when Fiesta had hilariously joked that “My friend was a pure moon man too, hi.”

Chris was escorted out the side entrance to Foyleside by their two best 60 year old security men, where he once again came under attack, this time from fans and members of local band, The Undertones, who pelted him with tomatoes for singing a David Bowie song whilst in space – instead of crowd favourite, Teenage Kicks.

Mickey Bradley was unavailable for comment, but is said to be pure raging at him.