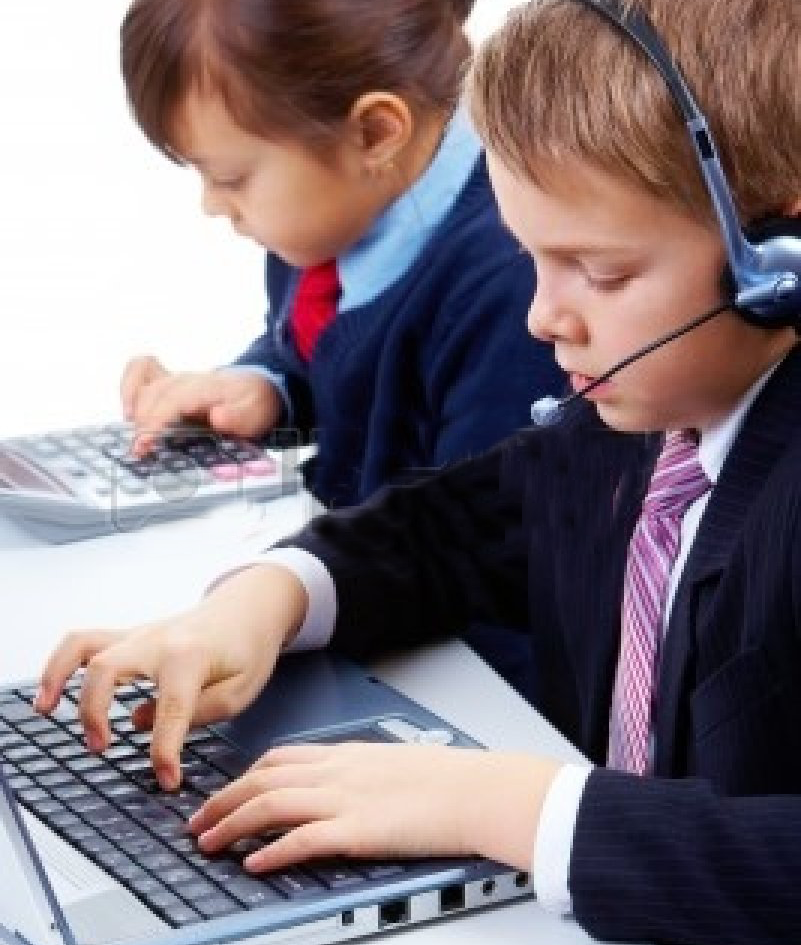 Following months of negotiations at Stormont between politicians and business leaders, the Department Education of Northern Ireland (DENI) today announced that Call Centre Customer Service training will soon be taught in all NI primary schools – starting in 2018. The new curriculum change aims to give children a more realistic vision of the future, and provide them with tangible skills for the 21st century.

With an estimated 23,000 new call centres set to open in Northern Ireland over the next 25 years, employment chiefs predict that by 2035, around 91% of young people in NI will be employed by call centres. The rest are expected to become either taxi drivers or hairdressers, as the demand for driving people with hair to call centres also increases.

As part of the curriculum change, the standard alphabet will be replaced with the phonetic alphabet, with children learning their Alpha, Bravo, Charlie’s from as early as four years old.

Trials of the new course have already begun at St. Michaels Primary School in West Belfast, with Miss McGee’s primary two pupils regularly listening to audio tapes of irate English people complaining about overdraft charges and broadband problems. As a result, the ‘My First Troubleshooting Guide’ by Ladybird books is proving popular at the school library, although privately teachers are anxious about the 5 minute per-hour smoke break rule.

The new learning standard has been criticised in some quarters, but others feel the change is well overdue in NI’s schools.

Sara Cassidy, 30 from Dunmurry graduated from Queens in 2006 with a First Class Honours Degree in Quantum Archaeology – but she now works in the Complaints Department at Dankse Bank, where she answers phones and listens to people moan. She welcomes the idea and wishes she had been fast-tracked into this great career, without wasting her time on further education and academia.

“I think it’s a really good initiative. I wasted so many years of my life getting a degree and educating myself, and for what? Now I get to talk to people all day long, listen to their problems and to top it all off – I even get paid for it. At this rate I’ll have my £25k student loan paid back in 20 years or so – and then I’ll be able to afford holidays abroad again!”

The new course will be fully rolled out across NI by summer 2018 in all 670 local primary schools. Parents who have questions or concerns about the scheme are urged to call St Michaels Primary School in West Belfast, where a member of the DENI support team will be on-hand to help.