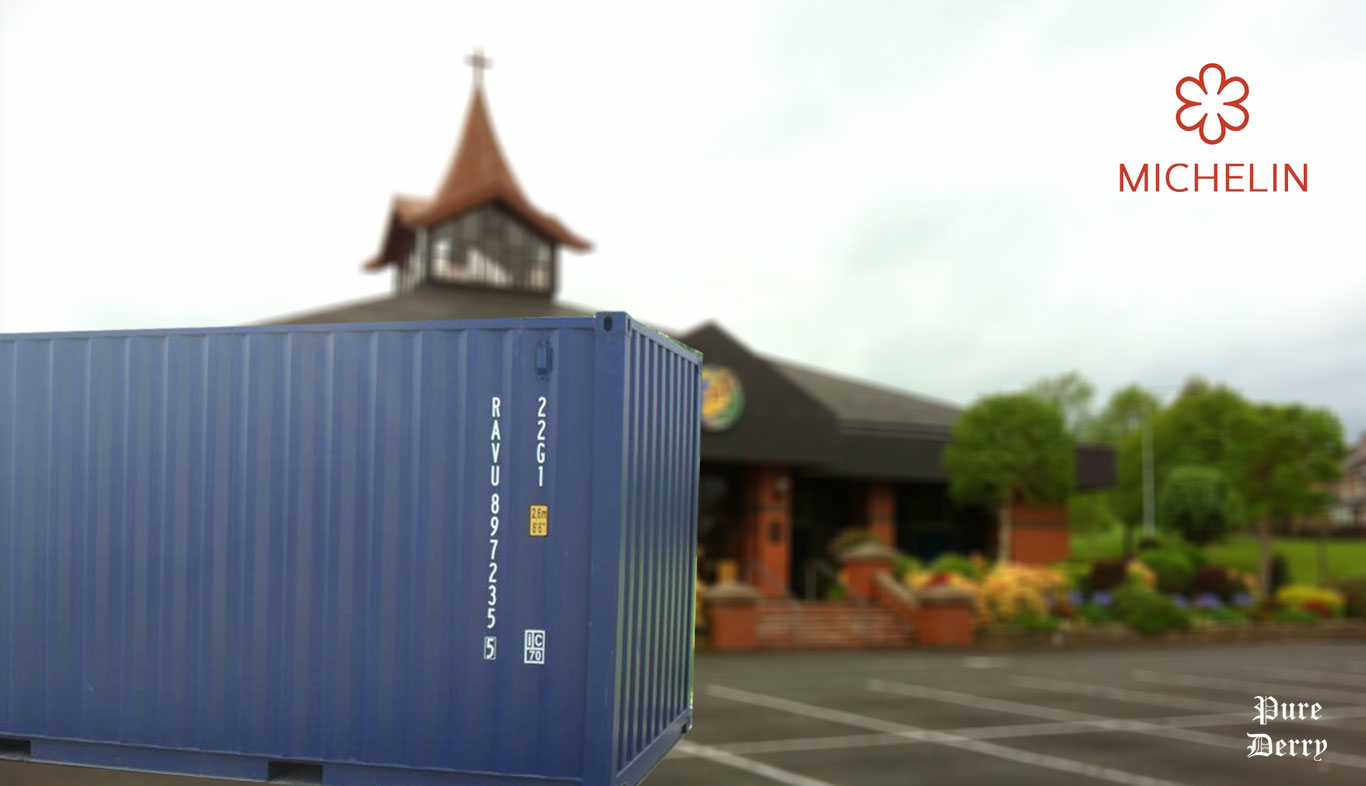 There were joyous scenes across Derry today as the Ballymac Fryer became the first eatery in the city to be awarded a Michelin Star. The 2017 Michelin Guide, designed so people wouldn’t have to go on Facebook to ask “Wheres good fer a munch hi?”, was released this week.

“Although ze Ballymac Fryer doesn’t haz bottles of water that cost £18, a vegan menu or indeed any chairs”, Michelin judge Jean Claude Van Chipper told us. “It haz an extensive and beautifully crafted menu which is c’est magnifique… especially after a night on ze rip!”

The critic also raved about the customer service at the establishment, singling out the chef/server/waiter/door-woman/owner for praise, who reportedly asked him in a soothing phloemy tone, “Whats your’s love?”.

The Ballymac Fryer describes itself as a “Fusion restaurant mixing Irish, British, Chinese, Mexican, French, Spanish, American, Indian and South Vietnamese cuisines”. Pure Derry called this evening to place an order, but were told we’d have to wait 6 months due to it’s rising popularity.

The Fryer opened in Derry in 1358 AD, and has been at the forefront of local culinary excellence ever since. The world’s first ‘chicken box’ was pioneered there, and it’s said to be the first place to serve Chinese curry sauce along with chips and cheese and to whack taco sauce on battered fish.

Gordon Ramsey, the less famous cousin of Frankie Ramsey, has made enquiries into opening similar shipping container chippies in both Central London and Los Angeles.

“This is the f***ing future of food.” he told us. “I had a Mexican f***ing ground beef and it was f***ing delicious! Much better than any of that beef wellington sh*te I used to serve at Claridges!”

In celebration of the award the famous eatery has temporarily been moved the local chapel grounds, where it is rumoured Jesus will feed the 5,000 residents of Ballymac with Taximan Specials and dumpy bottles of pineapple Smak.